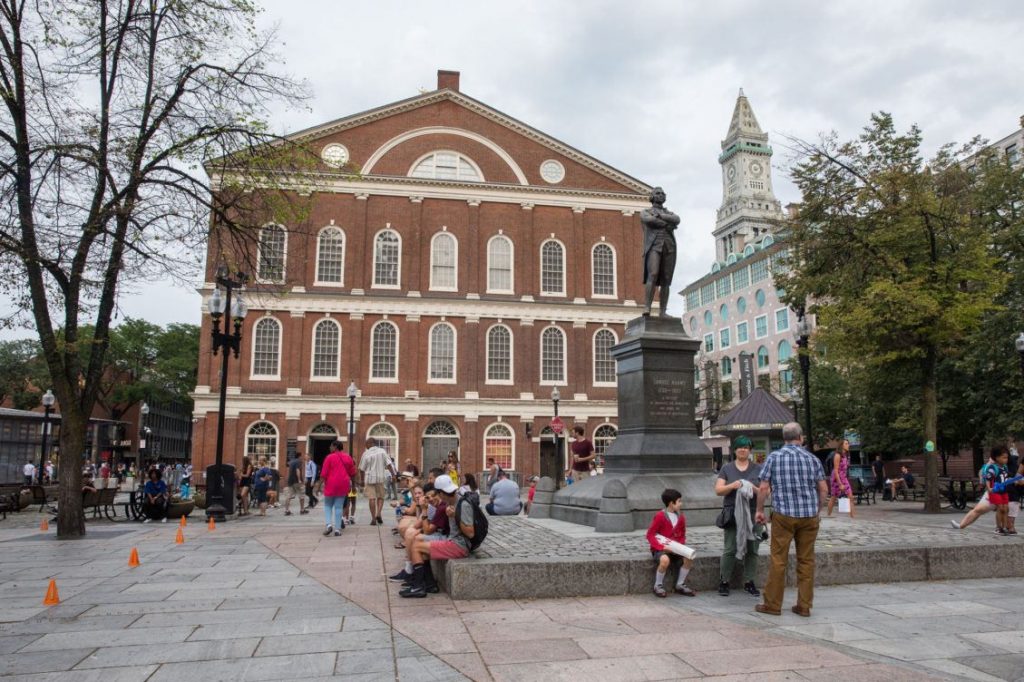 We meet our local guide for our day of exploration in the City of Boston.  Our first journey takes us on the Freedom Trail for a walk down this oft-traveled 2.5-mile brick-lined route will bring your student group around to 16 historically significant landmarks – the Bunker Hill Monument, Old North Church, the Boston Massacre Site, Copp’s Hill Burying Ground and the Paul Revere House among them – and all along the way, you’ll hear the fascinating true tales of the courageous Bostonians and colonialists who dared challenge Britain and went on to establish the greatest republic in the world!  We return to Faneuil Hall and Marketplace.  Your students will love exploring Faneuil Hall and Marketplace as their introduction to Beantown – both the treasured meeting hall and historic landmark were established way back in 1742. A hoppin’ gathering spot for tourists and locals, alike, it features plenty of live entertainment, fantastic shopping at over 70 retailers and excellent dining options; it’s also the home of the world-famous Quincy Market 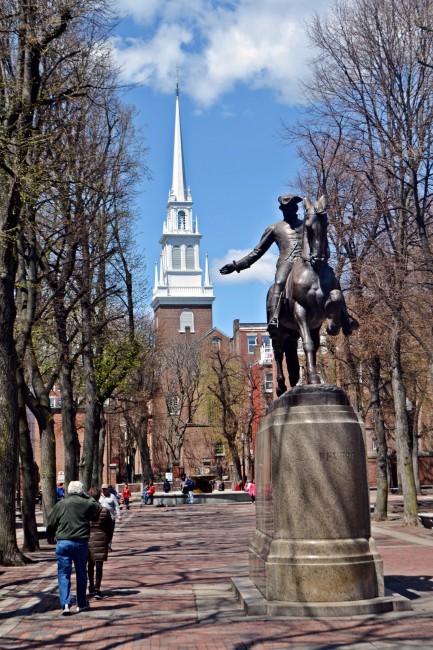 Colonnade and the Finch and Bull – the watering hole made famous in the long-running mega-hit sitcom, “Cheers.” A well-known stop on the Freedom Trail, it is sometimes referred to as “the Cradle of Liberty”; its proximity to favorite local attractions makes it the perfect place to while away a few hours before continuing on your excursion. P.S.: This is the place to get those Boston sweatshirts, sample Boston baked beans, enjoy Boston clam chowder and fortify your dwindling stash of Boston tea bags!  (Lunch vouchers can be arranged for your students)  We continue our afternoon and travel to the Boston Massacre Site.  In front of the old State House, also known as Boston’s “Towne House”, your students will find a swirl of cobblestones commemorating the Boston Massacre; tensions between the colonialists and occupying Redcoats ran high that March in 1770, and a minor squabble between a wigmaker’s young apprentice and a hot-headed British sentry quickly escalated into a deadly riot. Soldiers coming to the aid of the guard were met with an onslaught of sticks, stones, snowballs and other such crude weapons of the moment, and fired directly into the angry crowd, killing five colonialists. Samuel Adams and other patriots dubbed the unfortunate event a “bloody massacre”.  Travel to the North End for a visit to the Old North Church. “One, if by land, and two, if by sea;” we’re all familiar with Longfellow’s “Paul Revere’s Ride.” On the evening of April 18, 1775, Robert Newman, and Vestryman Capt. John Pulling, Jr. climbed the Old North Church steeple – at the time, the tallest building in Boston – and held high two lanterns as a signal from Paul Revere that the British were, indeed, marching to Lexington and Concord by sea across the Charles River – the most expeditious approach possible – and not by land. (This was actually a backup plan; Revere was able to complete his ride and warn his fellow countrymen.) Founded in 1722 as Christ Church, it’s Boston’s oldest surviving church building and most visited historical site; popular 30-minute guided tours tender guests an engaging, in-depth look at the Old North and its place in history.  We conclude our day with a visit to the U.S.S. Constitution Museum.  Here, you and your students will discover the largest assemblage of U.S.S. Constitution-related objects displayed in any one location. The collections – which include a wide range of artifacts spanning the 200+ year history of the Constitution – focus on the ship’s origin, her crew, her role in the early republic and her part in the present day. Through the showcasing of personal possessions including images, journals, and correspondence, the museum endeavors to bring the story of the oldest U.S. commissioned vessel afloat to life.

Overnight lodging in the Danvers, MA area.  Dinner is included in historic Salem. 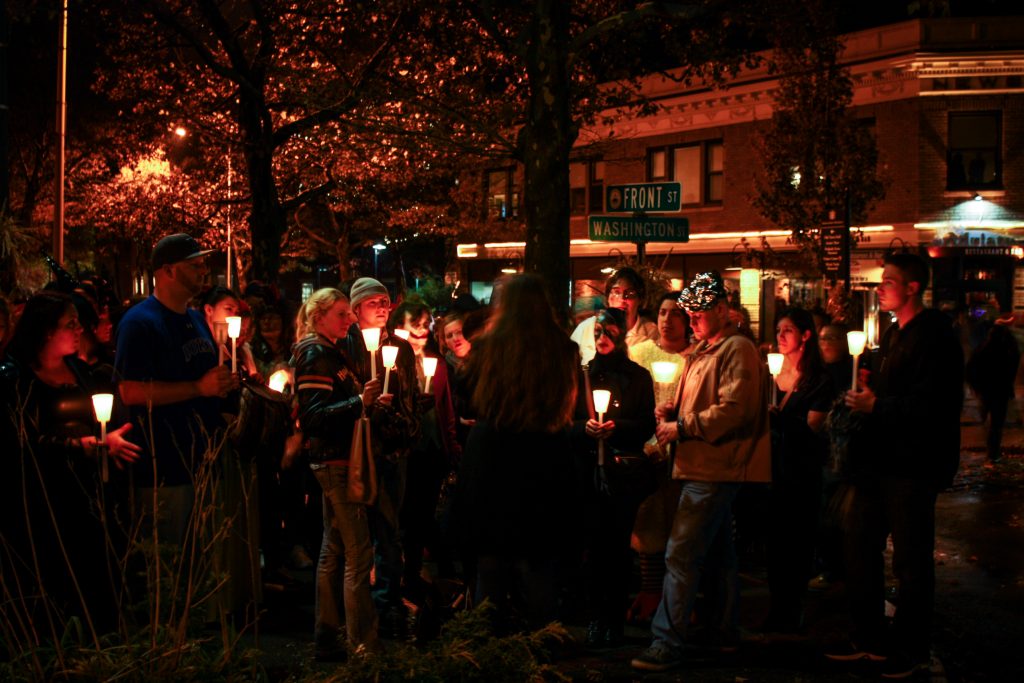 Our evening activity takes us on the Salem’s Haunted Footsteps Ghost Tour. After a crazy-busy day of exploring Boston landmarks, you and your students are going to embark on the area’s longest running “walking” ghost tour! On this adventure, experienced guides artfully concoct a tantalizingly chilling blend of captivating storytelling, morbid humor, and stellar presentation to cleverly convey a creepy cross section of Salem’s infamous haunted history. Delve into the Witch City’s intriguing (and frequently sordid) past on this highly-recommended 90 minute lantern-lit stroll, as affable costumed narrators regale you and your grads with authentic tales of documented paranormal activity, including stories of haunted cemeteries, witchcraft, and murder! They’ll even dish their own personal encounters with some of Salem’s dearly departed. Return to our hotel for the evening (B,D)

Breakfast is included this morning at our hotel.  Depart with your local guide for a day of touring.  Our first stop take us to the New England Aquarium.  The New England Aquarium is so much more than another big fishbowl! In addition to its brilliant Marine Rescue Team that saves and rehabilitates injured and sick seals and the largest shark and ray touch tank on the East Coast, it’s jam-packed with so much to see and do, your student group won’t ever want to leave! Here, thousands of aquatic residents await your visit; you’ll enjoy the antics of three species of penguins, meet fearsome lionfish, mystical moon jellies, green sea turtles, crazy balloonfish, delicate leafy sea dragons, and a giant Pacific octopus. Hang out with troops of wriggling and vocal seals and lumbering, grunting sea lions or catch a popular 3D flick on New England’s largest movie screen. The Aquarium’s awesome Animal Encounters let you customize your group’s visit—perch atop the 4-story Giant Ocean Tank, treat the animals to lunch or get behind the scenes of your favorite exhibits during these special 45-minute programs offered twice daily.  Board Boston Harbor Cruises Ahoy! Today, you and your student group will embark on an entertaining and educational Historic Sight Seeing Cruise of beautiful Boston Harbor. These 90-minute excursions get your group out onto the water where you’re treated to plenty of good ole’ ear-bending; you’ll hear popular legend and lore, and learn how the old harbor was transformed into one of the cleanest in the country. Cruise highlights include breathtaking views of the nation’s oldest continuously-manned lighthouse, the Harbor Islands National Park Area, Boston’s working port and a peek at the “lush life” on the stunning waterfront.  We leave the city and travel to the JFK Library and Museum.  This impressive tribute to our 35th president is situated on ten beautiful acres overlooking Boston Harbor, Dorchester Bay and the Atlantic Ocean he so loved. The JFK Library and Museum artfully portrays the life, leadership, and legacy of President John F. Kennedy while conveying his unwavering enthusiasm for politics and public service and deftly illustrating the nature of the office of the President through its presentation of dozens of multimedia exhibits such as The Campaign Trail, The Briefing Room, The Space Race, The Oval Office, First Lady Jacqueline Bouvier Kennedy, and The Kennedy Family.

We return to our hotel for the evening.

Depending on the group we can arrange Laser Tag, Bowling, The Blue Man Group or Sheer Madness.

After a hearty breakfast, we board the coach with our local guide for the Boston Museum of Science and Mugar Theater
At Boston’s Museum of Science – renowned for developing fabulous, innovative and interactive exhibits and programs that both entertain and educate – you and your student group will find the Mugar Omni Theater, where state of the art film technology and a towering five-story screen join forces to create an incredible “you are there” IMAX experience for viewers. Maybe you’ll catch an awesome laser show at the Charles Hayden Planetarium or tiptoe through a delightful butterfly garden. Wander a bit, and you’ll meet triceratops Cliff and his fossilized “cohorts,” uncover the rise and fall of the Mayan Civilization and learn how turbines transform the wind into Green Energy. You may find yourself face to face with tiny Robo-Bees, chip away at intriguing Natural Mysteries, or try your hand at unraveling perception-bending Mind Games and Optical Illusions; the world is, indeed, your oyster at Boston’s Museum of Science!  What would a visit to Boston be without a visit to Fenway Park.  Fenway Park, opened in 1912, is the happy home of the Boston Redsox and “America’s Most Beloved Ballpark”, a place where dreams are made, traditions are celebrated and baseball “is forever.” Take your seat atop the world famous 37 foot “Green Monster,” see “Pesky’s Pole” and check out the lone “Red Seat” in the right field bleachers. Experienced tour guides provide fans of the Sox thrilling, one-hour walking tours of Fenway Park, “the Pulse of the Redsox Nation.”  Depart for home with fond memories of your time in Boston.

Admissions to all attractions 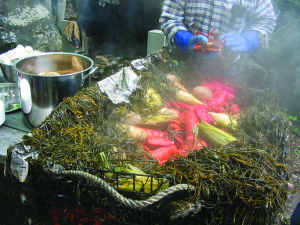 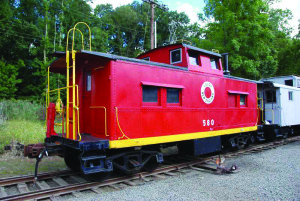 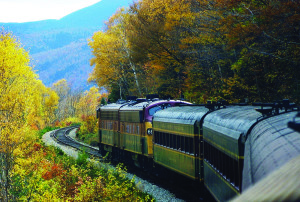 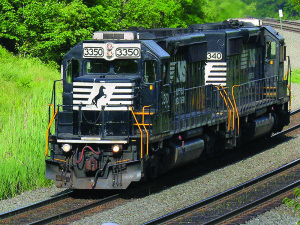